A fema process must be followed to change a fema map. Fema maps are updated for several reasons including: newer topography data, new man-made structures (such as a dam or pond, bridge or culvert, channel improvements), new land development, climate change, reconfiguration of the floodplain (filling, grading, mining, etc.) And others. 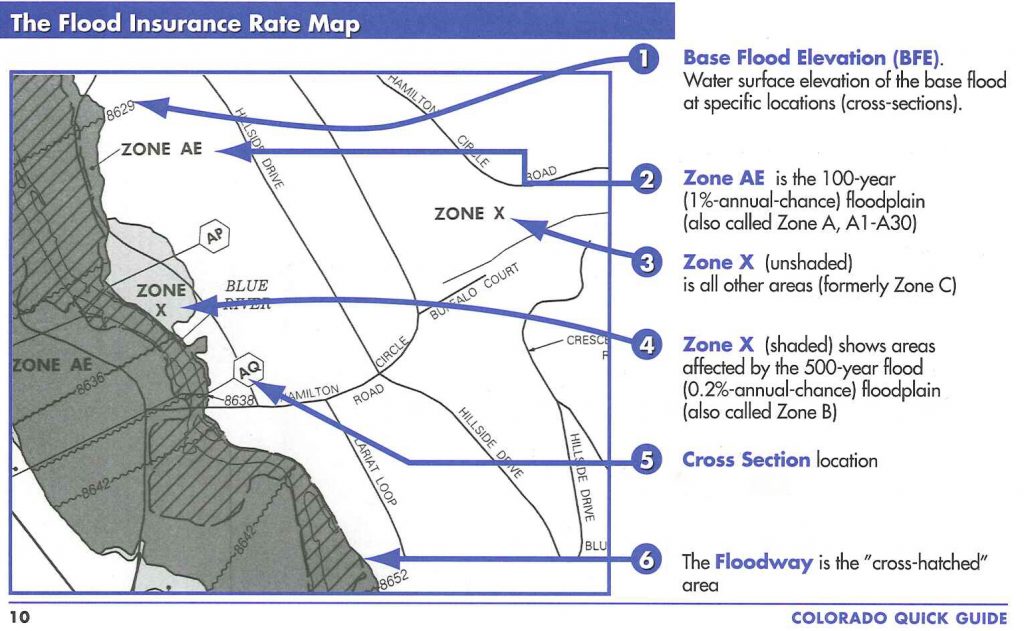 Depending on the reason for the map change, FEMA has different processes to follow that include special forms that must be filled out by the applicant and a professional engineer or surveyor and often must be signed. The forms are clear on what must be submitted in order for FEMA to review a request. The floodplain group at SEMSWA would be happy to walk through this process with an applicant.

A Flood Insurance Rate Map (FIRM) is the official map on which FEMA has delineated the areas of special flood hazard, designated as A Zones.

FHAD (Flood Hazard Area Delineation) – a flood study often prepared on a watershed basis by the Urban Drainage and Flood Control District. FHADs are adopted by the State and affected communities similar to LOMCs. FHADs are eventually submitted to FEMA as PMRs and become part of the updated FEMA FIRM map.

CLOMR (Conditional Letter of Map Revision) is FEMA‘s comment on a proposed project that would, upon construction, affect the hydrologic or hydraulic characteristics of a flooding source and thus result in the modifications of the existing regulatory floodway, the effective Base Flood Elevations (“BFEs”), or the Special Flood Hazard Area (SFHA). The letter does not revise an effective National Flood Insurance Program (“NFIP”) map; it indicates whether the project, if built as proposed would be recognized by FEMA. Building permits cannot be issued based on a CLOMR. Once a project has been completed, the community must request a revision (“LOMR”) to the Flood Insurance Rate Map (FIRM) to reflect the project.

A LOMA (Letter of Map Amendment) is a letter from FEMA officially revising the effective National Flood Insurance Rate Map, which establishes that a property is not located in a FEMA SFHA (Special Flood Hazard Area). The FEMA forms for individual property owners (LOMA, LOMR-F) are located at: http://www.fema.gov/national-flood-insurance-program-flood-hazard-mapping/mt-1-application-forms-instructions

A LOMR-F (Letter of Map Revision Based on Fill) is a letter from FEMA stating that a structure or parcel of land that has been elevated by fill would not be inundated by the base flood.

A LOMR (Letter of Map Revision) is a letter from FEMA officially revising the effective National Flood Insurance Rate Map to show changes in zones, delineation and flood elevation of floodplains and floodways. The FEMA forms for larger Capital Improvement projects (CLOMR/LOMR) are located at: http://www.fema.gov/national-flood-insurance-program-flood-hazard-mapping/mt-2-application-forms-and-instructions

PMR (Physical Map Revision) – A PMR is an action whereby one or more map panels are physically revised and republished. A PMR is used to change flood risk zones, floodplain and/or floodway delineations, flood elevations, and/or planimetric features. To ensure that those affected by the PMR have the opportunity to provide input, a PMR has procedures that include a community comment period and a 6-month compliance period to update ordinances while the new maps are printed and distributed. Because of the large amount of flood hazard information that is incorporated into the maps and the number of people that will be affected by that information, a PMR can take as long as 18 months to complete. 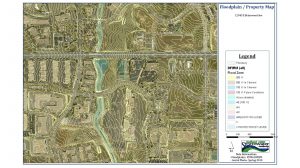 In addition, SEMSWA often has additional or newer floodplain information than can be obtained from a FEMA FIRM map. This includes: LOMCs that haven’t been incorporated into the FEMA FIRMs yet, newer flood studies called Flood Hazard Area Delineations reports or FHADS which are prepared by the Urban Drainage and Flood Control District and local floodplain mapping data. In addition, SEMSWA can prepare figures similar to the example above that show new FIRM data, compared to a previous version of the FIRM or FHAD data. We can include aerial photography under the floodplain data, property boundary information, topographic information, storm sewer location information and other data.

Determine if a Property is in The Floodplain